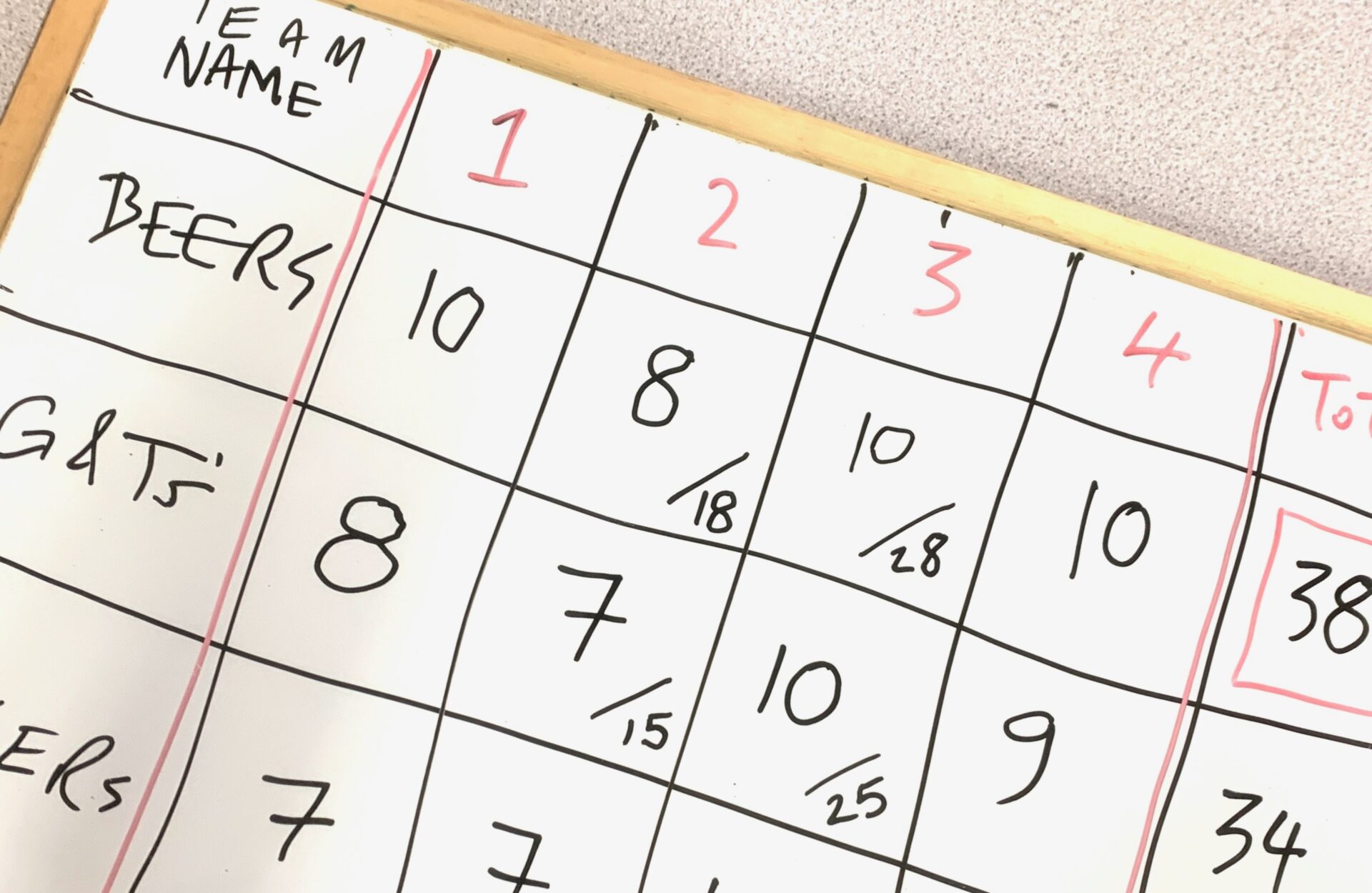 Our April AGM was followed by a lively art quiz, won by The Beers team with an impressive 38 points out of a possible 44.

Here are just some of the questions – how well will you do?

1. Which actor played JMW Turner in the 2014 Mike Leigh film, Mr Turner?
2. Desperate Romantics was a BBC2 series about the Pre-Raphaelite Brotherhood. Name one of the original five founder members of the Brotherhood.
3. The 1956 film, Lust for Life, stars Kirk Douglas as which artist?
4. There are two presenters and three judges of the Sky Arts shows Landscape Artist of the Year and Portrait Artist of the Year. Name ONE of the presenters or judges.
5. The film Girl with a Pearl Earring, starring Scarlett Johansson and Colin Firth, was set in the household of which Dutch artist?
6. Artist Tony Hart presented many children’s TV art programmes from the 1960s to the 1990s. He often appeared alongside an animated Plasticine character. What was the name of this character?
7. The 2022 film, The Duke, starring Jim Broadbent and Helen Mirren, was based on the true story of the theft in 1961 of a portrait of the Duke of Wellington by Goya. Which gallery was it stolen from?
8. Four of the following five musicians are also visual artists. Who is the odd one out?
Joni Mitchell, Bryan Ferry, Ronnie Wood, Phil Collins, Bob Dylan
9. The fictional theft of a real-life painting of a bird by 17th-century Dutch artist Fabritius is the subject of a 2013 novel by Donna Tartt and a 2019 film. What was the title of both the novel and the film?
10. The 1972 record Vincent (Starry Starry Night) was made by which American singer-songwriter?

1. Which artist painted the ceiling of the Sistine Chapel?
2. In which world city would you find the Metropolitan Museum of Art?
3. Picasso’s 1937 masterpiece, Guernica, was inspired by the bombing of a village of that name in which country?
4. Which sculptor and artist made an iconic series of drawings of people sheltering on platforms in the London underground during World War 2?
5. Whose artwork of an embroidered tent was destroyed by a warehouse fire in 2004?
6. The Royal Academy was originally housed at Somerset House beside the Thames, where it held its annual summer exhibition. What is the name of the gallery that now occupies that space?
7. The artist Vanessa Bell was a member of the Bloomsbury group. What was the name of her literary sister, also a member of the group?
8. The artists Matisse and Toulouse-Lautrec share a common first name. What is it?
9. Which German artist was known for his highly realistic portraits, painting around 150 members of the court of Henry VIII?
10. The Tate is a network of four museums, two of which are in London. In which English locations are the other galleries situated?

SCROLL DOWN FOR ANSWERS 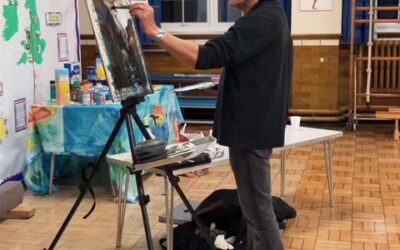 The EAC October meeting enjoyed a stimulating demonstration from experimental watercolourist Keith Hornblower on his dynamic approach to the medium. Working at an upright easel with just three colours, Keith applied several layers of paint, wet in wet, to build up...

END_OF_DOCUMENT_TOKEN_TO_BE_REPLACED 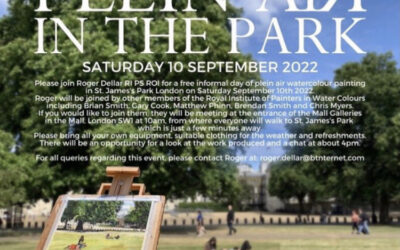 Great opportunity to paint outdoors with Roger Dellar and other members of the Royal Institute of Painters in Water Colours. Meeting outside the Mall Galleries, St James's Park on Saturday 10 September at 10am. For more information, contact Roger Dellar at...

END_OF_DOCUMENT_TOKEN_TO_BE_REPLACED

Congratulations to David Webster, who topped this year’s poll of visitors’ favourites at our recent exhibition with his oil painting, Reflections (Robin Hood’s Bay). Almost 340 votes were received for more than 160 works in the exhibition, held at Capel Manor Gardens...

END_OF_DOCUMENT_TOKEN_TO_BE_REPLACED 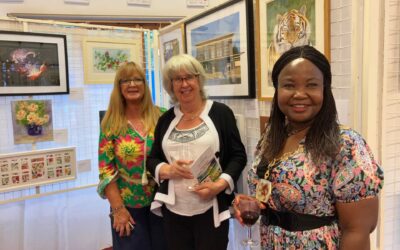 Our 90th annual exhibition opened with a packed private view on Friday evening in the delightful surroundings of Capel Manor Gardens. We were delighted to have the Mayor of Enfield, Doris Jiagge, with us to open the event. She is pictured above, right, with exhibitors...

END_OF_DOCUMENT_TOKEN_TO_BE_REPLACED 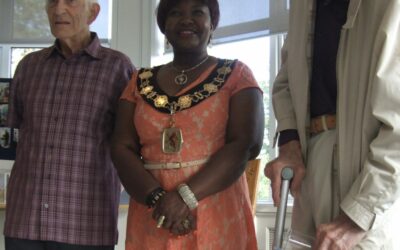 The Enfield Art Circle celebrated its 90th year in style with a party at the Enfield Golf Club. Pictured above with the Mayor of Enfield, Doris Jiagge, are two long-standing members of the Circle, EAC president Peter Brown (left) and EAC member Laurence Warbey. Formed...

END_OF_DOCUMENT_TOKEN_TO_BE_REPLACED 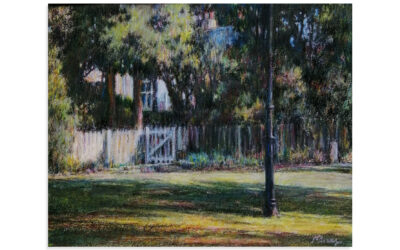 We are delighted to announce that the EAC Annual Exhibition, now in its 90th year, will be returning to Capel Manor this summer. This highly popular event has been held every year since 1932 without interruption, even during the Second World War. For the past two...

END_OF_DOCUMENT_TOKEN_TO_BE_REPLACED 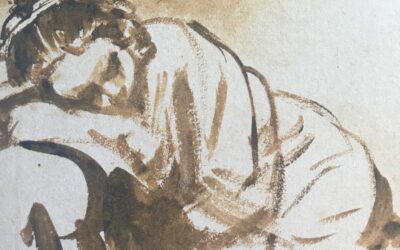 Taking a line for a walk

Many EAC members and guests braved the cold and wet to attend the February meeting for a highly engaging talk, ‘Taking a Line for a Walk – A Short History of Drawing’ by artist and designer Mark Lewis.  The title was derived from a quote by Bauhaus artist Paul Klee:...

END_OF_DOCUMENT_TOKEN_TO_BE_REPLACED 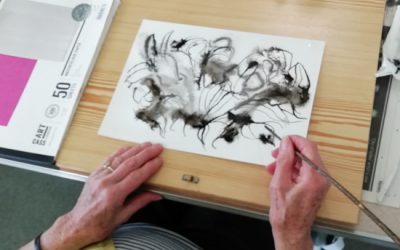 END_OF_DOCUMENT_TOKEN_TO_BE_REPLACED

We are a small, friendly group from beginners through to experienced printers We use potato, press print, linocut, Gelli printing and experimental ideas. We learn from each other.It is an advantage to have some experience, but is not essential. Venue: EAC Salisbury...

END_OF_DOCUMENT_TOKEN_TO_BE_REPLACED 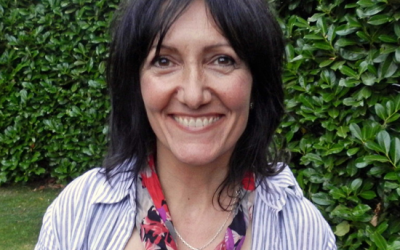 A friendly, relaxed group for painters in water-based mediums. Most paint in watercolour but other mediums like gouache, acrylic and water mixable oils are taught too. There is a demo at each class. Time: 10am–12 noon or 1pm–3pm During term time.At: Enfield Chase...